Well where to start in three days we have had our world ripped apart -some of you already knew hubby was diagnosed with Altzhiemers and Vascular Dementia two years ago but has had some worrying symtoms for the past well almost a year but things came to a head last Thursday and had some tests-Monday Dr rang with some results and he now has to be tested for bowel cancer next week.
A couple pf months ago our daughter had a breakdown and is now under the Mental Health Team-she rang Wednesday evening in tears after a visit to the Dr who found three lumps and an invertation in one of her breasts and would you believe both of their appointments are to the same hospital in the same morning.

I have quite a few DT cards already made and a few play makes up until middle of next month so see where we go from there---I am trying to keep up with my DTs and blogging as long as I can if only for my own sanity---and will comment as much as I can-but if I should disappear for a while -hopefully not- you know why.
Back in a couple of days
Carol x x
Posted by crafty-stamper at 16:59

Oh dear Carol, I'm so very sorry to hear about your news! That seems to be a very stressful situation with your family and I hope that things turn out ok for both of them. Sending you lots of caring thoughts and hugs my friend!

Hi Carol what awfull news all........stay away from blogging and comments think of your family.
I wish you all the best.

Awe carol my heart goes out to you and your family, I am so very sorry to hear this sad news, take care of yourself.
Babs x

carol ,I am so sorry that all this is affecting you and your family....my thoughts and prayers are with you all...do what keeps you sane..I know that crafting helps,it sure saved my life ...so do what makes you get through ...hugs xxxxx

so sorry to read your news Carol, until the appointments are past and results available you will be living from moment to moment, there is almost nothing worse than wondering what's going to happen, take care, thinking of you all.

Carol, my thoughts are with you and your family. Waiting on those kinds of test / results can be a very lonely and scary place , just remember to look after yourself too xx If you need help with Numbers on 613 just let me know x

My heart and prayers go out to you your daughter and your husband Take care of you you are their strength right now God bless you ……...HUGS Lis

Carol, I am so sorry your family is going through this. You all are in my thoughts and prayers.
Much love,
Joy

I hope all goes well with both your husbands and daughters visits to the hospital. Take one day at a time, remember to look after yourself, sending hugs and positive thoughts your way xx

I have started to write this several times but the right words are so hard to find. You know where to find me if you need to 'talk'.

Sending you many hugs, stay strong.

So sorry to hear about your husband and daughter. My thoughts and prayers are with you and your family.

Family comes first don't even worry about comments, we know you are busy. Please take care of yourself too and big hugs for the family.xx

Carol I am so very sorry to read this, how dreadful for you all, please know your in my prayers and if I can do anything I will try to help you. As for blogland, family first sweetheart...take care.xx

So sorry to hear about your husband and daughter Carol. I am at a loss as to what else to say other than I will be thinking of you all and hoping for the best x

Oh Carol, I am so sorry to read this. I'm sending Healing Angels to you and will keep you in my prayers. Stay strong, take time out for yourself and God bless xx

Oh Carol I'm so sorry to read this. Sending love and big hugs to you all X

You have so much on your plate to deal with and I completely understand. I can relate to what you're going through and offer my most sincere wishes for a good outcome for both your husband and daughter. Nobody ever said life was easy, but one step at a time is all you can do. Take care of yourself! (hugs)

Faith A at Daffodil Cards said...

I'm so sorry things are so difficult and worrying for at this time Carol, devastating news for everyone. I think concentrating on yourself and your family are your priority now, we will be here when it's time for your return to blogland. Prayers and hugs for you.
Faith x

Ohhh, Carol... I don't know what to say other than I am holding you and your family in my heart, and am here. What can I do to help? Please know how dear you are to me. love, de

Oh Carol such devastating news on both counts. My heart goes out to you as you have to be the one who holds them all together. I will keep you all in my prayers Carol and only wish there was more I could offer you.
Big hugs
Pinky

I'm so very sorry to hear about your news Carol, gosh you are having a lot to deal with. I am keeping you in my thoughts.

Oh Carol I was so sorry to read your news and how it is affecting you all. My thoughts and prayers are with you, keep strong and do the best you can. Crafting is certainly the best pastime for taking us away from our worries, hopefully it will help you too. Take care.
Lorraine

Dear Carol, I am so sorry to hear about your husband and daughter. Hang in there my dear!
Sending hugs!
Samra
Paper Talk with Samra

I agree with what you said to me, at times it is best to keep busy with what you love best it eases the stress and depression setting in....you need to also look after YOU>xxxxx always email me if you need to vent out.

Carol, I knew something was up when you said it was a rough week in one of my posts. I am sooooo sorry. I am sending you hugs and prayers from afar. You have to take of your family and yourself. That's the priority. You know that you will always have support of those of us here, but your family needs you. XOXO

So sorry to read this Carol. I went through a similiar experience with my husband and know how stressful it is xx

So sorry to hear your news Carol.
Hope it all works out ok.
Sending love and prayers,
Alison xx

Oh I am so sorry to hear your awful news.

I know it is worrying, but both cases can be sorted if found early enough.

Dear Carol, I´m so sad to read those news. I hope things will be as well as possible, please be strong, and take care of yourself.
With my best wishes, big hugs
Caty

Oh Carol, I am so sorry to read this. I am sending you much love and many hugs for this difficult road ahead.
Hugs Monica

Carol, I'm so sorry to read this. Wishing you all the very best & sending you lots of love.....thinking of you xx

Oh No Carol, I am so very sorry to hear that about your husband and daughter. Please know that you and your family are in my thoughts and prayers. I am around anytime you need to chat.
Big Hugs, Sherry xx
Loose Stitches and Unraveled Threads

I'm so sorry to read your sad news Carol, you and your family will be in my thoughts, I hope you receive some positive news from the hospital.
Take care.
Pauline - Crafting with Cotnob
x

Oh, Carol, I am so very sorry to read this. Sending lots of love and hugs. I'll be thinking of you. Take care of yourself and hang in there.
Love, Lisa

Dear Carol, I am so sorry for all that you and your family are going through and so sorry that I only just read this post..I was so shocked to read it all and sending prayers to you all..take care.

Dear Carol... My hubby and I have been away on an extended trip in our motor home so have not been able to visit blogs till now. We're at an RV park that has excellent WiFi, so thought I'd look at my Feedly. While cruising through posts I saw this one. I cannot possibly catch up with every post on every blog, but I've looked through and enjoyed all of yours, and then I read this. I just want you to know my heart is with you. Your road was not easy to begin with and now you have this devastating news. I'm so sorry. You'll need all the strength you can muster for the days ahead and I wish you all that and more. Hugs.

So sorry to read about your husband and daughter, how worrying for you all. I hope you receive some positive news from the hospital. Try to be strong and look after yourself too.
Janice x

Please stay strong, Carol. You and your family will be in my prayers. Hugs, my dear friend. 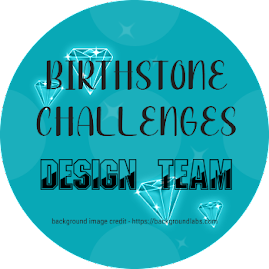 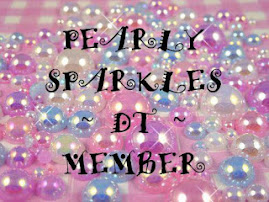 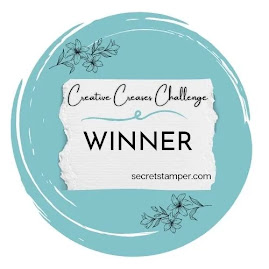 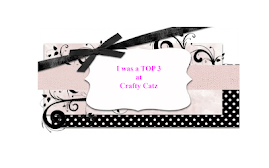 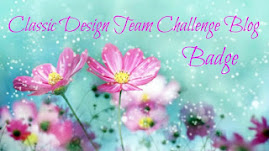 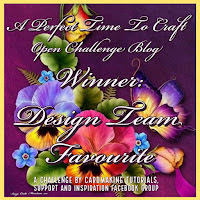